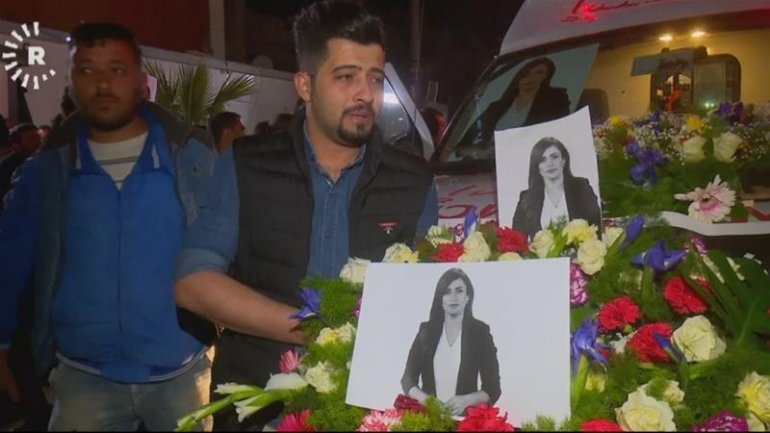 Politicians, journalists and members of the public have joined together in mourning after news of the death of Shifa Gardi, the Iraqi Kurdish TV journalist killed in a roadside bomb blast while covering clashes between Iraqi forces and ISIL in Mosul.

Rudaw, Gardi's employer, on Sunday posted images showing the 30-year-old journalist's burial place in Erbil, praising her as someone "who cracked the glass ceiling" with her coverage of the operation against the Islamic State of Iraq and the Levant (ISIL).

The hashtag #ShifaGardi also trended on social media, with many paying tributes, expressing condolences and sharing photos of Rudaw's presenter and chief of output.