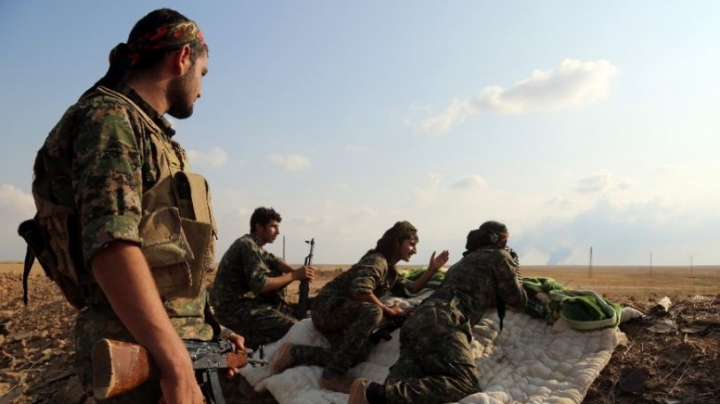 A US-backed alliance of Kurdish and Arab forces pushed Thursday into the Islamic State group's bastion city of Manbij in northern Syria, a monitoring group said.

Fighters of the Syrian Democratic Forces managed to enter the city with support from air strikes by a US-led coalition, the Syrian Observatory for Human Rights said.

"The SDF entered Manbij from the south under cover of coalition air raids," said Observatory chief Rami Abdel Rahman, whose Britain-based group relies on a broad network of sources inside Syria to monitor the country's conflict.

He said there was "fierce street fighting between buildings" and that at least two SDF fighters had died when a bomb went off in a residential building.

Abdel Rahman said the SDF was able to break through IS defences a few hours after taking control of a village on the city's southwestern outskirts.