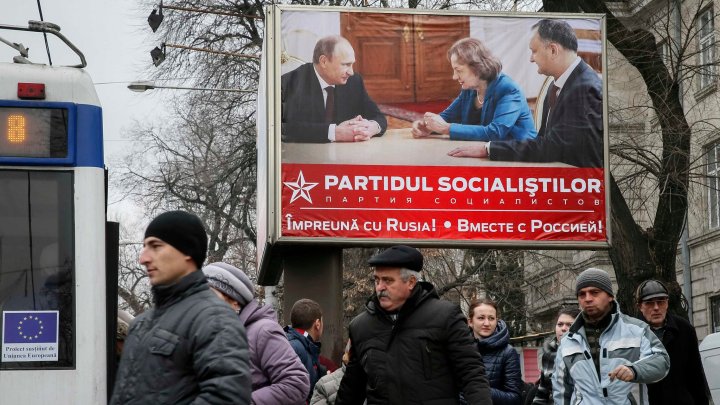 Kremlin spokesman Dmitry Peskov called the New York Times report "pulp fiction" during talks with reporters Wednesday. As Publika mentioned previously, NYT reported that a top secret Russian unit launched a series of operations including in Moldova within a campaign to destabilize Europe, according to some Western security officials.

GRU Unit 29155 reportedly oversaw a campaign to destabilize Moldova, an arms smuggler’s assassination attempt in Bulgaria, a thwarted coup in Montenegro and the poisoning of a defector in Britain. Intelligence officials in four Western countries say it is unclear how often the unit is mobilized and warn that it is impossible to know when and where its operatives will strike.

According to NYT, hidden behind concrete walls at the headquarters of the 161st Special Purpose Specialist Training Center in eastern Moscow, the unit sits within the command hierarchy of the Russian military intelligence agency, widely known as the G.R.U.

Although little is known about Unit 29155 itself, there are clues in public Russian records that suggest links to the Kremlin’s broader hybrid strategy.

A 2012 directive from the Russian Defense Ministry assigned bonuses to three units for “special achievements in military service.” One was Unit 29155. Another was Unit 74455, which was involved in the 2016 election interference. The third was Unit 99450, whose officers are believed to have been involved in the annexation of the Crimean Peninsula in 2014.

A retired G.R.U. officer with knowledge of Unit 29155 said that it specialized in preparing for “diversionary” missions, “in groups or individually — bombings, murders, anything.”

The current commander, General Averyanov, graduated in 1988 from the Tashkent Military Academy in what was then the Soviet Republic of Uzbekistan. It is likely that he would have fought in both the first and second Chechen wars, and he was awarded a Hero of Russia medal, the country’s highest honor, in January 2015. The two officers charged with the Skripal poisoning also received the same award.

The poisoning led to a geopolitical standoff, with more than 20 nations, including the United States, expelling 150 Russian diplomats in a show of solidarity with Britain.

However, Russian investigative journalists have cast doubt on whether Unit 29155 is that secretive, saying its address, as well as Averyanov's information, can be easily found in a Google search.

Additionally, “attempts to frame it as some kind of all-Europe, all-roles kind of force sound [like] a little bit of a stretch,” Russian security analyst Mark Galeotti wrote.

“The members of the unit cited and the nature of the operations to which one can plausibly link Unit 29155 look to me much more indicative of a dedicated Spetsnaz special forces unit committed to mokrie dela, ‘wet work’ assassinations and sabotage,” Galeotti said.

The Kremlin referred The New York Times’ queries to the Defense Ministry, which did not respond to requests for comment.