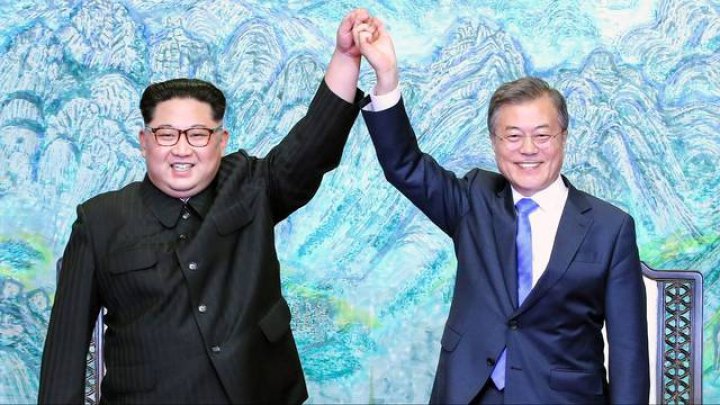 The two were joined by two of their top deputies, according to Moon's office.

At the start of the meeting, Kim thanked Moon for brokering the June summit with US President Donald Trump, saying it had helped stabilise the regional political situation.

In turn, Moon thanked Kim for using his New Year's speech to open a new era of detente and send a delegation to the South Korean Winter Olympics in February.

The results of the talks weren't immediately available.

Seoul officials earlier said they would focus on how to achieve denuclearisation of the Korean Peninsula, decrease military tensions along their border and improve overall ties.

The North's media said the talks would reaffirm their commitment to Korean peace, unity and prosperity.