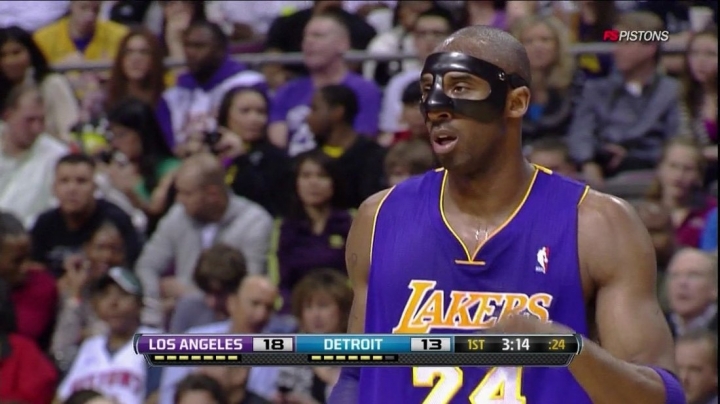 Former LA Lakers captain Kobe Bryant is auctioning off a face mask to raise funds for charity - with bids starting at $15,000, BBC reports.

Bryant had to wear the mask after breaking his nose during the 2012 All-Star game where he passed Michael Jordan as the All-Star Game's leading scorer.

He wore it for four Lakers games, earning the nickname 'The Masked Mamba'.

The auction house describes the mask as "a Hall of Fame worthy piece that every NBA fan would be shocked to see in person".

Bryant previously auctioned another mask he wore in the same season, securing $67,000 (£54,498) for the Kobe and Vanessa Bryant Family Foundation.