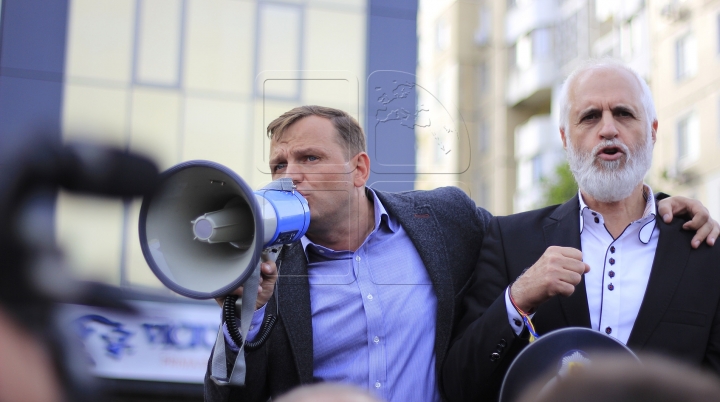 The leader of the Dignity and Truth Party, backed by the fugitive convicts Victor and Viorel Ţopa, spreads rumors to create panic. On Friday, Andrei Năstase posted a message on his Facebook page warning some people sting Chisinau people with syringes that could spread contagious diseases. In order to look more credible, Năstase said he knew of the alleged fact from several sources and the police would investigate the cases. The information is however false.

Shortly, the leader of the DA Party posted another message saying the information is erroneous. Later, Andrei Năstase deleted both posts. A police press officer says the information spread out by the wedding godson of the fugitive oligarch Victor Țopa is not true.

"As to that information, the police have got no complaints, but the police are not indifferent to such information. The patrolling police will be briefed in order to prevent such cases," Adrian Jovmir said.

The police maintain that the information spread out by the wedding godson of the fugitive oligarch Victor Țopa is not true. What's more is that the citizens promoting erroneous information, which may panic or violence, run the risk of being punished by law.

"One tries to manipulate society, to induce the feeling of unsafety. The police have not received such complaionts, and it's but manupulating to reduce the efficiency of the Ministry of Internal Affairs", Marin maxian, a high rank-police officer.

The psychologist Ghomali Mihamadifar says the action of the Dignity and Truth leader is an attempt to create an image, and to enhance his audience on social media.

"I don't know what political capital you may get by scaring the citizens Because a person panicking is good at nothing. It's a mistake here. It's a PR move to keep on one's page, that is why it was deleted immediately."

Other psychologists describe the actions of the leader of the Dignity and Truth Party as an attempt to manipulate by fear. On the other hand, the specialists in political communication believe that, through that post, Andrei Năstase made an image mistake.  By the by, Năstase’s message has become the target of jokes on social media.

On Friday evening, the media affiliated to the former leader of PLDM, Vlad Filat, sentenced to 9 years of jail for passive corruption and influence peddling, spread out another piece of fake information. Natalia Morari, the anchor of a program on TV7, which belongs to the Liberal-Democrat MP Chiril Lucinschi, posted on her Facebook page the video message of an officer from the National Anticorruption Center (CNA) saying that Orhei mayor Ilan Şor would not be in the CNA’s custody. The message is however from May 2015.

The fake info was immediately taken over by Unimedia agency, about which the media wrote that it would be financed from the money stolen from Banca de Economii (BEM) and is managed by Filat’s former wife Angela Gonţa. She defended the so called green media, trying to present the manipulating information as an innocent mistake.