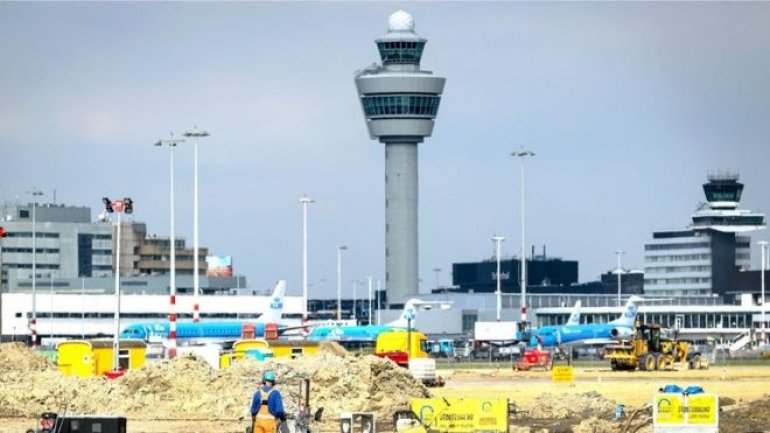 Dutch police say they have shot and arrested a man who wielded a knife at Amsterdam's Schiphol Airport.

The emergency prompted the authorities to evacuate part of Schiphol, one of Europe's biggest airports.

The situation is under control, the military police tweeted.

No other injuries were reported. Schiphol Plaza, a shopping area near passport control, was temporarily evacuated.

"The man threatened with a knife and the military police shot him," police spokesman Stan Verberkt told Reuters news agency. "He was injured and has been taken into custody."

The airport and Schiphol Plaza are open to the public. Air traffic has not been affected.

The knifeman's motive has not yet been established.