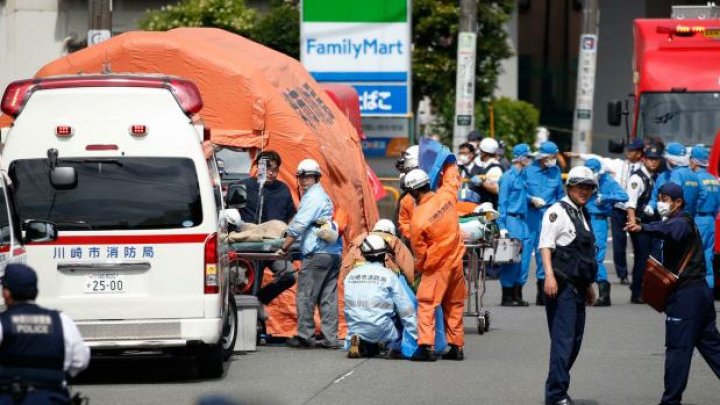 The 16 children are pupils of Caritas elementary school, a private Catholic school in the city. The suspect, a man in his 50s, was holding knives in both hands and stabbed the victims before stabbing himself in the neck, the police said. The suspect died after being taken to a hospital.

The incident occurred at around 7.40 AM.

According to eyewitnesses, the suspect slowly approached the children and was shouting "I'm gonna kill you" during the rampage. He had close-cropped hair and was wearing glasses.

Of the victims, a 12-year-old girl and a 39-year-old man, believed to be the father of one of the pupils, died with deep stab wounds to their necks despite emergency treatment at a hospital, hospital officials said.

Pools of blood were left at the scene, cordoned off by investigators.

"I heard a man and a woman screaming," said a 50-year-old woman who lives in the neighbourhood. "I rushed out of my house and saw many ambulances." Knives are among the most commonly used weapons in random attacks in Japan, where tight gun controls are in place.