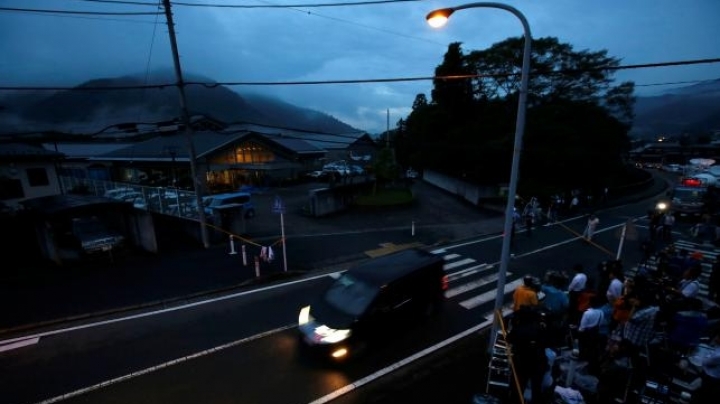 A knife-wielding man broke into a facility for the disabled in a small town near Tokyo early on Tuesday and killed 19 patients as they slept, Japan's worst mass killing in decades, reports Reuters.

At least 25 other residents were wounded in the attack at the Tsukui Yamayuri-En facility in Sagamihara town, about 40 km southwest of Tokyo.

The suspect was a 26-year-old former employee of the facility who gave himself up to police. The man, Satoshi Uematsu, said in letters he wrote in February that he could "obliterate 470 disabled people", Kyodo news agency reported.

He said he would kill 260 severely disabled people at two areas in the facility during a night shift, and would not hurt employees.

"My goal is a world in which the severely disabled can be euthanized, with their guardians’ consent, if they are unable to live at home and be active in society," Uematsu wrote in the two letters given to the speaker of the lower house of parliament, Kyodo reported.

Uematsu was committed to hospital after he expressed a "willingness to kill severely disabled people", an official in Sagamihara told Reuters. He was freed on March 2 after a doctor deemed he had improved, the official said.

Uematsu lived near the facility, and a neighbor described him as a polite, young man who always greeted him with a smile.

The suspect apparently began changing about five months ago, said Yuji Kuroiwa, the governor of Kanagawa prefecture, where the facility is located.

Staff at the facility called police at 2.30 a.m. local time (1730 GMT Monday) with reports of a man armed with a knife on the grounds, media reports said. The man wore a black T-shirt and trousers, the reports said.

The 3-hectare (7.6 acre) facility was established by the local government. Surrounded by tree-covered mountains and on the banks of the Sagami River, it cares for people with a wide range of disabilities.

The facility's website said the center had a maximum capacity of 160 people, including staff.

Japan has one of the lowest crime rates in the world and residents of Sagamihara said they were in shock. The last murder in the area was 10 years ago.