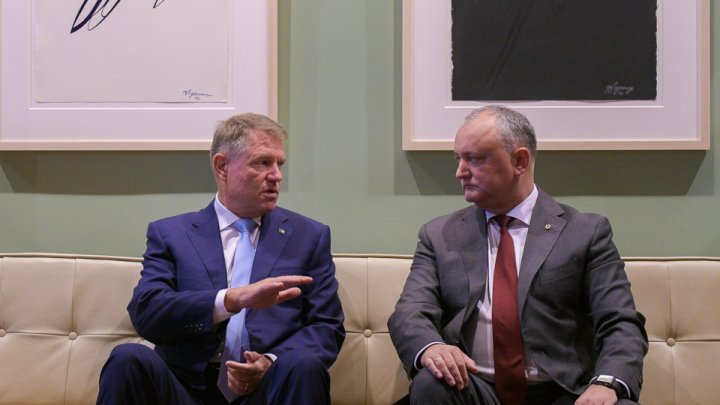 Romanian President Klaus Iohannis addressed the issue of the Transdniestrian conflict during the meeting he had in the US with Igor Dodon.

'Referring to some recent initiatives, the Romanian President has shown that our country is directly interested in developments regarding this file, considering the security interests of Romania. Thus, President Klaus Iohannis stressed that from the perspective of Romania, which supports the resolution of this conflict, respecting the internationally recognized borders of the Republic of Moldova, it is important to avoid any solution that involves the federalization of the Republic of Moldova or another formulation, which would affect it's pro-European vector'.

President Igor Dodon assured that the federalization of the Republic of Moldova is not intended as an element in the settlement of the Transdniestrian conflict, the formula considered being that of a special status. At the same time, the Romanian President called for the positive exploitation of the common heritage of Romanian history, culture and language, which cannot and should not under any circumstances be denied or politically implemented in the Republic of Moldova.
AFLĂ imediat Știrile Publika.MD. Intră pe Telegram

World Bank to provide Moldova with US $ 2.8 million for investment climate…