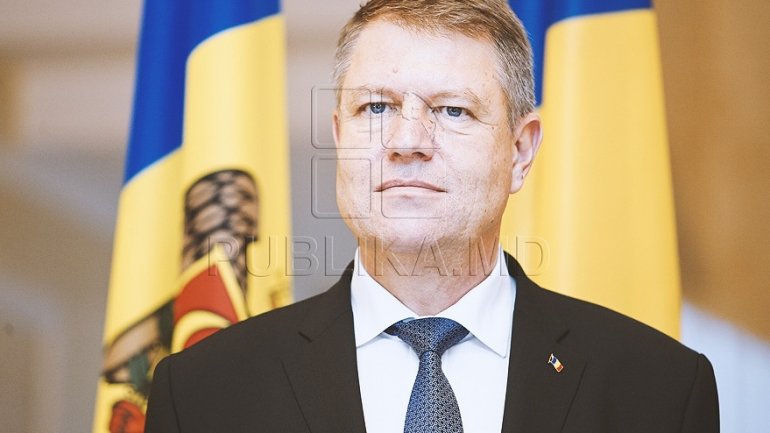 The union between Romania and Moldova is possible, but not in the near future, as several preliminary conditions have to be met, Romanian President Klaus Iohannis said on November 9th.

“First of all, Romanians have to want it. Secondly, the people of Moldova have to want something like this. Thirdly, neither Romania nor Moldova should have any more disputes on territories that are under international jurisdiction. Once we solve all these issues, and after Moldova becomes more solid from the institutional and democratic points of view, it is very likely that such a project will start and will be followed by success,” Iohannis said.

Related to the Presidential elections in the Republic of Moldova, the Romanian President said that the choice belongs to the people of Moldova.

“At least when it comes to elections, the people are always right. We can comment if the result is convenient for us or not, if it is good or bad,” he added.

Iohannis also stressed that the relationship between Romania and Moldova is “a very special one,” and that the two countries have a common future. However, the way in which this relation is valued should be changed. After analyzing the two countries’ relationship from 1990 to present, the Romanian President reached the conclusion that Romania’s intervention in Moldova “has been ineffective to say the least”.

“Pro-European parties have been created with the help of Romanian politicians, and even reached the Government, but we have reached a point where these pro-European parties don’t really find enough voters. And this fact led me to think that we need a very deep analysis. Overall, the conclusion is that, in recent years, instead of helping Moldova, the Moldovan institutions and parties, we very often helped individuals in Moldova. And, sometimes those people had good results, but sometimes they had some ridiculous political projects,” Klaus Iohannis explained.

According to him, it is important that Romania helps organizations and institutions in the Republic of Moldova, to help the Moldovan economy “get back on its feet”.

“If we achieve all these things, then the Republic of Moldova will be strong enough to be a neighbor at the same level as us, with which we can seriously discuss and build a future together,” the Romanian President added.