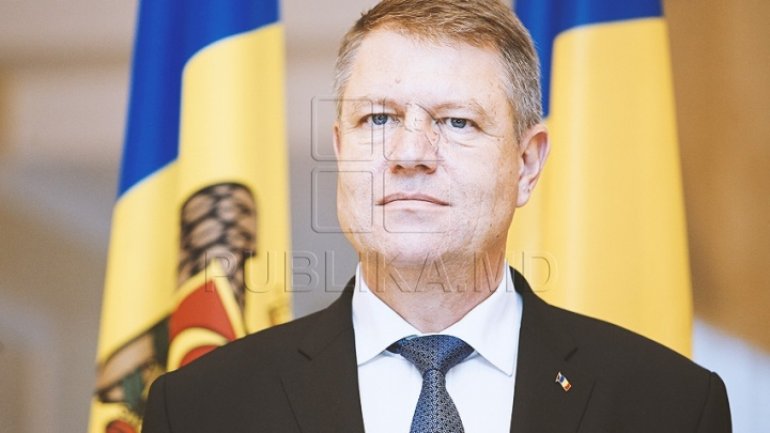 President Klaus Iohannis, declared on Friday at Brussels that Romania is determined to support Republic of Moldova on its European path, wrote Agerpres.ro.

"If we speak of Eastern Partnership, Republic of Moldova is the core of our attention and there is good progress. The reforms are are being implemented, which is great, but there are still some improvements that makes us be confident in Republic of Moldova, makes us confident in their determination to see this to the end. (...) Romania is very determined to support Moldova on it's European path. If this will means adherence to EU or something, it depends, of course, on Moldova's citizens and not us, Romanians, but we still wish to continue having their back and hopefully, they will chose to follow the European path" Iohannis said, after meting with Moldova's Prime Minister, Pavel Filip, at the Eastern Partnership Summit.

He said that discussion with Moldova's Prime Ministers concerned the reforms and common projects regarding energy, which is being prepared, as well as the banking crisis from Republic of Moldova.

"We help Moldova in many areas- institutions, programs, collaboration, including set measures, for example financial help, which Romania offered Republic of Moldova. Therefore, our help is not something we simply plan to do in the future, but actual actions that do not last only for a few days, but years and we are determine to continue" Iohannis declared.

When asked his opinion regarding Republic of Moldova's integration to European Union though unification with Romania, the president declared it to not be the best course of actions at this moment.

"I do not think we can approach this directly. Republic of Moldova is clearly determined to follow and European path and so far, there are association agreements and the secondary legislation is going very well, but those implementations and Moldova's determination must be consolidated. Only after citizens there decide what they truly wish for can the country start upon EU integration. A shortcut by uniting with Romania is not the best option" Iohannis explained.