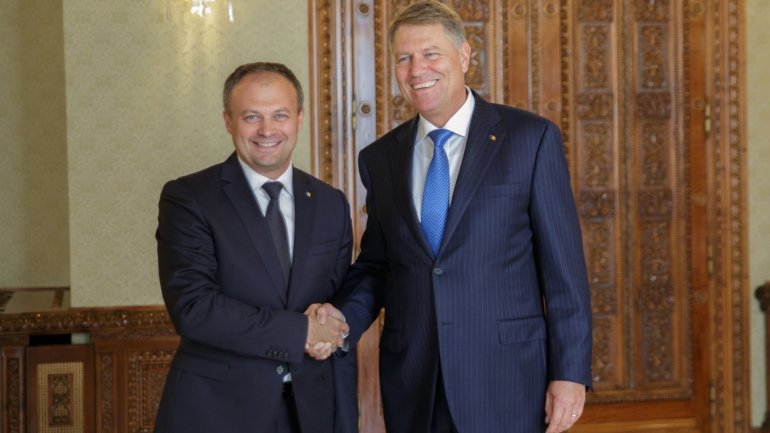 The President of Moldovan Parliament, Andrian Candu has met with the President of Romania, Klaus Iohannis at Cotroceni Palace. The two officials have discuses the recent events and developments in Moldova's European agenda, as well as other internal and external political aspects.

"Eu are Europeans and our calling is to be with the European Union. Following an European path is not easy, but it would have been even harder without Romania to assist us. We thank you for everything you have done for us so far", Andrian Candu announced.

In his turn, President Iohannis has appreciated the efforts of Chisinau's Government.

"It pleases us the way you present yourself, the majority of the Parliament and the Government. The Government is performing its duty calmly and we are glad it brings results. That became the reason for Romania to transfer the final tranche. It is in our best interests for Moldova to do well. You can continue to always count on us. Moldova is close to my heart and I can see its potential in the west" President of Romania declared.

Andrian Candu and Klaus Iohannis has also begun talking about the Iași-Ungheni-Chișinău gas pipe and energy provision, which were announced public priorities by authorities from Chisinau.

President of Romania has encouraged their implementation.