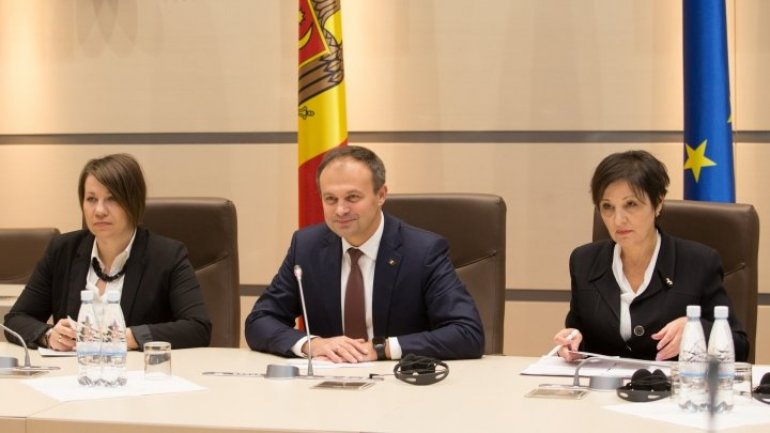 Sweden reconfirms support for the Republic of Moldova in the process of European integration. The statement was made at the meeting of the Andrian Candu Parliament Speaker with the Foreign Affairs Committee delegation from the Swedish Parliament.

Andrian Candu mentioned that Moldova is grateful to Sweden for its support over the years by funding several projects resulting in evident impact on citizens.

According to the speaker, Parliament has also benefited from several projects supported by Sweden in recent years: the premature organization of gender audit in Parliament as well as the elaboration of a Communication Strategy for Parliament for the period 2017-2020, the Identity Guide and the Integrated Information Space of Parliament .

Andrian Candu spoke to Swedish lawmakers about the political and economic developments in the Republic of Moldova, the legislative priorities for the current session, the changes to legislation and the exercise of parliamentary control, the situation regarding respect for human rights, the involvement of women in politics, etc.

In 2016, Sweden provided assistance to the Republic of Moldova amounting to about 10.2 million euros. At present, Parliament benefits from the UNDP Project "Strengthening Parliamentary Governance in Moldova", implemented with the financial support of the Government of Sweden and planned for July 2016 - December 2019.

The Delegation of the Committee on Foreign Affairs of the Swedish Parliament takes a visit to the Republic of Moldova from 30 October to 1 November 2017. According to the agenda, during the day, Swedish lawmakers met with MEPs, the National Security Commission , Defense and Public Order, and the Friendship Group with the Kingdom of Sweden.