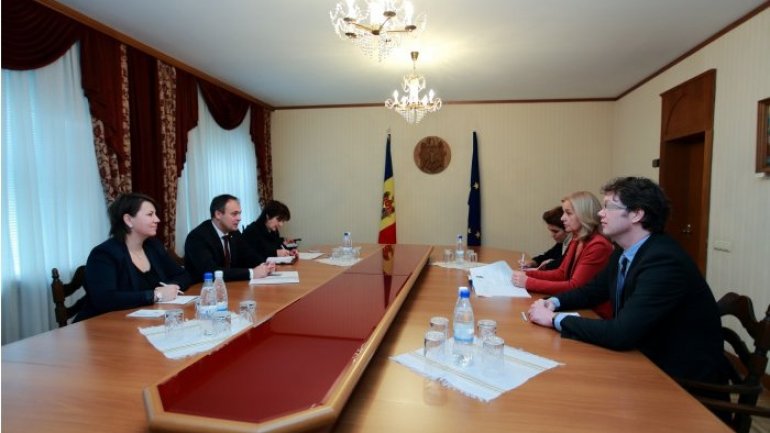 The speaker welcomed the intention to open the diplomatic mission to Chisinau, by invoking the special relations existing between Moldova and the Netherlands. He thanked for the support provided in financial sector and transfer of good practices.

At the same time, Candu referred to the priorities for the next period in terms of regaining confidence of citizens and development partners: signing a new agreement with IMF, ensuring energy security of the country, transparency and good governance in the financial-banking sector, as well as creating more attractive conditions for investors and business environment. The speaker said that an action plan on priority actions for 2017 and an action plan on implementing the Association Agreement for next two years were under elaboration.

“Regardless of results of the presidential elections, we will not abandon the European integration path and will continue implementing the reform agenda. Therefore the civil society and development partners have to carefully follow the implementation of laws and reforms in Moldova,” the speaker said.

According to Candu, the MPs’ activity is especially focused on monitoring the implementation of laws previously voted by the parliament as a result of the commitments assumed within the Association Agreement and respectively, exercising parliamentary control.

“During election we held fewer plenary sessions and focused our efforts within the commissions, working groups and in organizing public hearings. In the context that in the parliament there were five MPs, candidates for president position, there was the risk to transform the plenary sessions in political debates or talk-shows. Starting next week, the parliament will return to the usual regime of activity,” he said.

For her part, the ambassador said that Netherlands encouraged continuing the reforms in Moldova, following their implementation and developments recorded for the benefit of citizens.
AFLĂ imediat Știrile Publika.MD. Intră pe Telegram