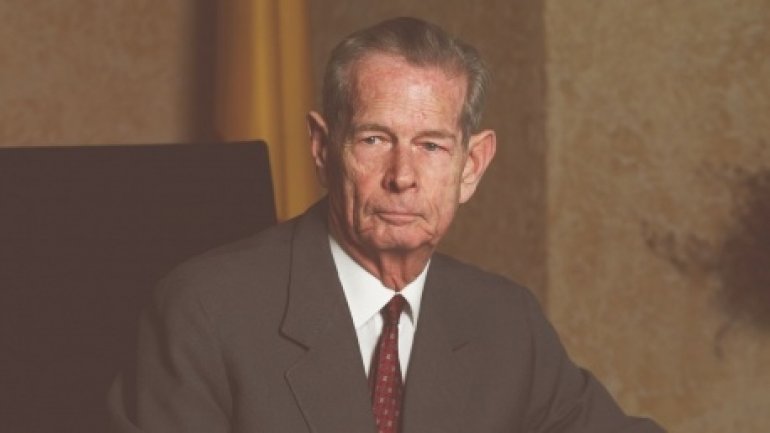 King Michael I of Romania died at his home in Switzerland, TVR reported on Tuesday, according to an announcement of the Royal House. He was 96 years old, on 25 October. He'd been seriously ill for one and a half years.

Michael I of Romania became king before even before his sixth birthday. Michael succeeded to the throne of Romania upon Ferdinand's death in July 1927, after his father refused it.

As he was still a minor, a regency council was instituted which comprised his uncle, Prince Nicholas; the Patriarch Miron Cristea; and the president of the Supreme Court, Gheorghe Buzdugan. The council proved to be ineffective and in 1930, Carol returned to Romania and replaced his son as king.

Carol II was deposed in 1940, after he once again refused the throne and left for Portugal and Michael, at 19, once again became king.

Under the government led by the military dictator Ion Antonescu, Romania became aligned with Nazi Germany, in an attempt to win back Basarabia and North Bukovina . The king found out through the radio.

By August 1944, the Soviet conquest of Romania had become inevitable, being expected in a few months. On 23 August 1944, Michael joined the pro-Allied politicians, having arrested Antonescu. On the morning of 30 December 1947, Groza requested a meeting with Michael where he was forced to abdicate. Michael was forced into exile, confiscated of his properties, and stripped of his citizenship.

According historians, King Michael I was one of the poorest monarchs in exile.

He married Princess Anne of Bourbon-Parma in 1948 with whom he had five daughters and eventually settled in Switzerland. On 25 December 1990—a year after the revolution which overthrew the Communist dictatorship of Nicolae Ceaușescu—Michael, accompanied by several members of the royal family, landed at Otopeni airport and entered Romania for the first time in 43 years. Using a Danish diplomatic passport, Michael was able to obtain a 24-hour visa.

In 1997, after Iliescu's defeat by Emil Constantinescu, the Romanian government restored Michael's citizenship and again allowed him to visit the country.