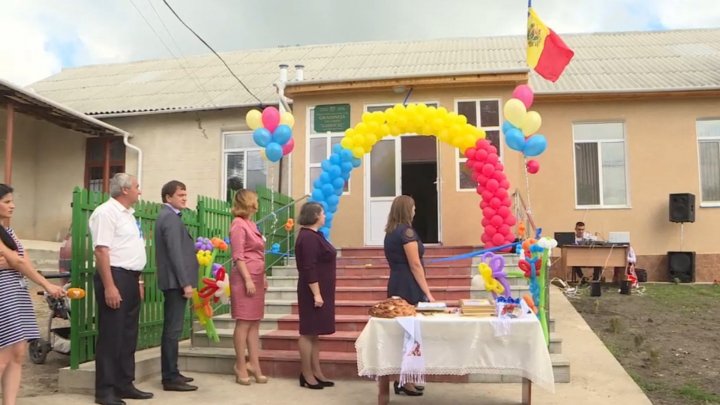 The kindergarten was inaugurated today and, in gratitude, the children held a concert.

Parents are pleased with the new conditions in the kindergarten.

"We are very pleased because our children have a very beautiful kindergarten."

"Today we are very pleased that very good conditions have been done."

The Mayor says the local budget is too small for such investments, so he asked for the Government's help.

"The technical project was developed some two years ago, but due to lack of financial resources, we did not have the possibility to execute those works. The kindergarten worked, it was not closed. Thank you very much to the Government, "said Vasile Popovici, mayor of Banestii Noi, Teleneşti.

PDM deputy, Anghel Agache, was present at the event.

"I feel investment of finance as well as spirit has been invested. I hope the kids will have beautiful moments in this place", said PDM deputy, Anghel Agache.

Kindergarten Ghiocel from the village of Banestii Noi is attended by 60 children.