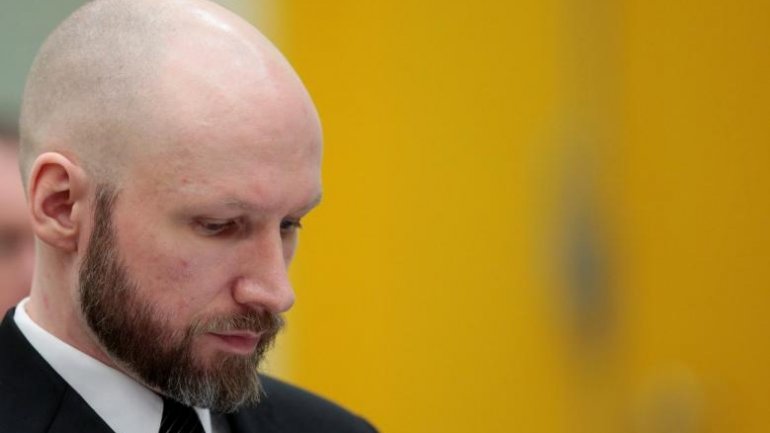 Norwegian mass murderer Anders Behring Breivik said on Thursday he felt he had become "stranger and stranger" and more radical in his right-wing views in jail and blamed it on near-isolation since he massacred 77 people in 2011.

He expressed no remorse, however, for the massacre during a court hearing at which the Norwegian state is appealing against a lower court ruling in 2015 that the tough conditions violate Breivik's human rights.

Breivik, who gave a Nazi-style salute at the start of the week-long court hearing on Tuesday, said that he lacked critical feedback about his ideas while in jail and that he would benefit from contact with other inmates.

On July 22, 2011, Breivik killed eight people with a car bomb outside the prime minister's office in Oslo and then shot 69 others on an island near the capital, many of them teenagers attending a youth camp of Norway's then-ruling Labour Party.

Attorney General Fredrik Sejersted said the court would have to decide whether Breivik, 37, truly regretted his neo-Nazi extremism or was merely pretending to sound contrite in order to persuade the court to give him more freedom in jail.

On Wednesday, Sejersted also argued that Breivik had become more radical in jail but drew the opposite conclusion to Breivik, arguing he should still be kept away from other prisoners because he was still dangerous and wanted to spread a neo-Nazi ideology.

Breivik, who only meets professionals such as guards and health personnel, is compensated with a three-room cell that includes a personal gym, television, newspapers and playstation.

He declined to answer when Sejersted pressed him for a "yes" or "no" about whether he regretted the 2011 massacre.

Breivik is serving Norway's longest possible jail term, 21 years, which can be extended.