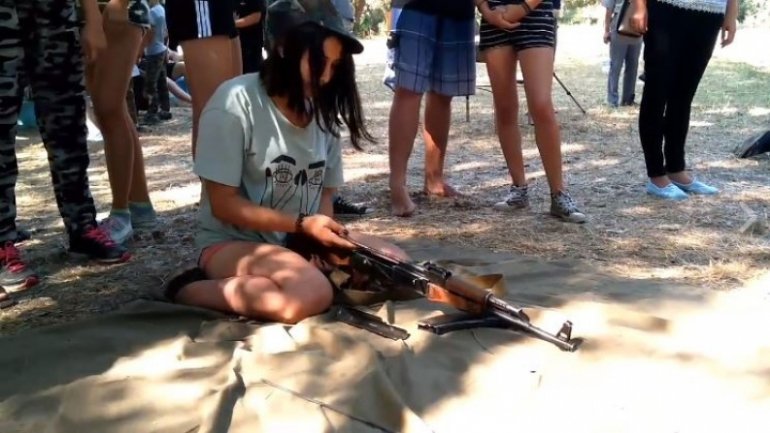 Battle and handgun techniques have been taught in camps in the Transnistrian region. Novosti PMR Portal says that 160 children and youths have already participated in such lessons organized by veterans of war.

Pictures from camp activities were posted on a social networking site by Mihail Amerberg, suspended for mass disorder.

In the picture, Amerberg instructed children in gunfire. The portal also notes that the Mars camp is near the Turunciuc River, near the village of Corotnoe.

Children and youths aged between 10 and 19 are joining the camp.

The camp is organized by veterans of the Afghanistan war in the Transnistrian region.
AFLĂ imediat Știrile Publika.MD. Intră pe Telegram