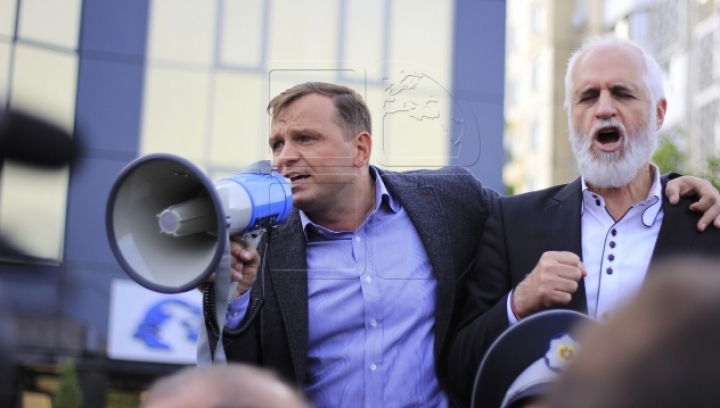 Kidnapped, beaten and menaced to be killed by a member of the Dignity and Truth Platform Party. It’s a man aged 35, who passed though nightmare 11 years ago for a debt of 750 euros.

Oleg Dorogan was working at a car washing station in Floresti back in 2004. The firm was managed by Sergiu Cebotari, now a member of the DA Platform. In a moment of carelessness, Oleg’s brother hit the manager’s car. The latter one asked for damages worth 750 euros, but the man did have that money. Because he could not return the debt, the young man was beaten in the open street, forced to enter a car and then held in cellar for about 24 h.

After managing to run from the aggressor, Oleg Dorogan notified the police.

"I stayed in hospital, received treatment. I wrote a complaint to the police and they arrested him on February 22. He worked at the Fiscal Inspectorate and all the police were friends with him and did not to do anything to him," the victim said.

Sergiu Cebotari was not however punished because of his relations.

"A trial was later held, but I did not understand: either he gave money, or someone else gave money for him, but he was not punished. Maybe he paid kind of a fine," said the victim, Oleg Dorogan.

The victim and the aggressor have not met after the incident. Recently, the young man saw Sergiu Cebotari on TV, next to the Dignity and Truth Platform leaders.

"I saw him on TV, maybe he wants to become an MP with the Dignity and Truth. I think such people cannot hold managing jobs. He is a very evil man."

In addition to being violent, Sergiu Cebotari is also a bad debt returner. He rented hundreds of hectares of land from landowners from Nisporeni district, but paid them nothing. The farmers say Cebotari has wage arrears of 300,000 lei. It’s not for the first time when a supporter of the Dignity and Truth Platform is involved in scandals.

Aureliu Pisică, another leader of the organization, got under the media’s spotlight after, at the protests, he had aggressed journalists and cuffed a child to a billboard near the Ministry of Interior. Some media wrote Pisică had repeatedly aggressed his wife.