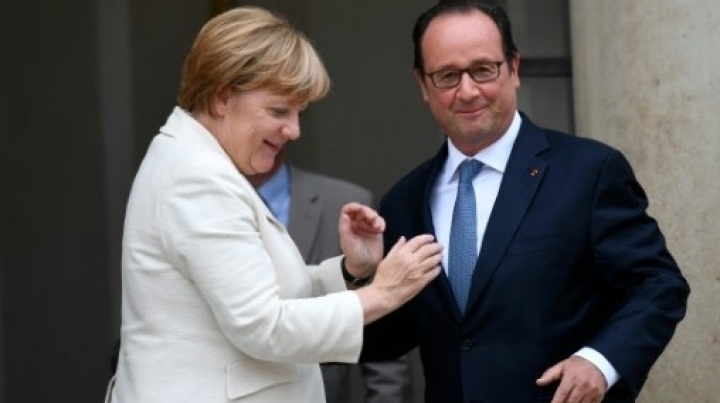 EU leaders have been looking for a way out of the crisis triggered by the Brexit vote. They've now agreed on a road map designed to move the EU forward, but the refugee question remains unanswered, Deutsche Welle reports.

Security, prosperity and the future of Europe's youth - the message from Bratislava can be summed up by these keywords.

Government leaders from the EU's 27 member states - minus the United Kingdom - met all day Friday at the castle above the city to discuss if and how Europe can be saved. Additional inspiration was provided by a steamboat trip along the Danube River, which helped brighten the summit's rather depressed mood.

"It was the nicest part of the meeting," said European Council President Donald Tusk.

In the end, all agreed on a road map for how things are to progress from here. Differences appeared to have been set aside so that members could concentrate on the next major meetings between European leaders early next year in Malta and then in late March in Rome, to commemorate the 60th anniversary of the Treaty of Rome.

German Chancellor Angela Merkel emphasized that she intends to present concrete results by then.

The only minor victory at this markedly sober summit was that Merkel and French President Francois Hollande held a joint press conference. The German chancellor has been doing all she could over the last few weeks to get the EU's famous Franco-German motor up and running again.

Prior to the summit, she spoke with leaders from all 27 member states, above all with those from Eastern Europe - but she met with Hollande four times in the last weeks alone. It seems that the future of the EU still relies on the cooperation of these two nations.

"We have to develop new perspectives for Europe," said Hollande, as Merkel spoke about jobs for the future, support for start-up companies and opportunities for young people. And then she conjured up the "spirit of Bratislava," saying it was all based on cooperation, compromise, solidarity and common values. Voters going to the polls in Germany and France next year, however, will be most interested in what this will all mean for their own lives.

The French president mentioned one of the immediate goals: "All were in agreement that the EU must show that it can protect its external borders," he said. Bulgaria will be the first country to receive help, namely 160 million euros ($179 million) and EU personnel to better protect the EU border with Turkey and Greece.

The focus of the French-German initiative, however, is on security within the EU, especially as it relates to the fight against terrorism, but also to defense issues. Paris and Berlin want to set up a headquarters for coordinated missions, while also saving money by committing to common purchasing and supporting their defense contractors. Hollande added that those who are interested in joining in on this special cooperation are more than welcome to do so.