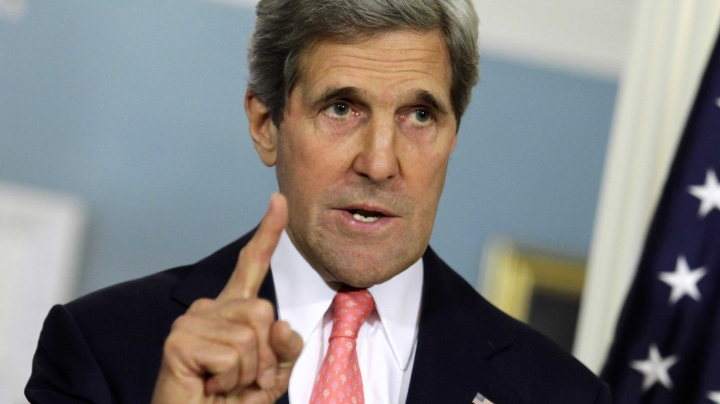 Secretary of State John Kerry is threatening to cut off all contacts with Moscow over Syria, unless Russian and Syrian government attacks on Aleppo end.

He says Kerry told Lavrov the U.S. holds Russia responsible for the use of incendiary and bunker-buster bombs in an urban area.