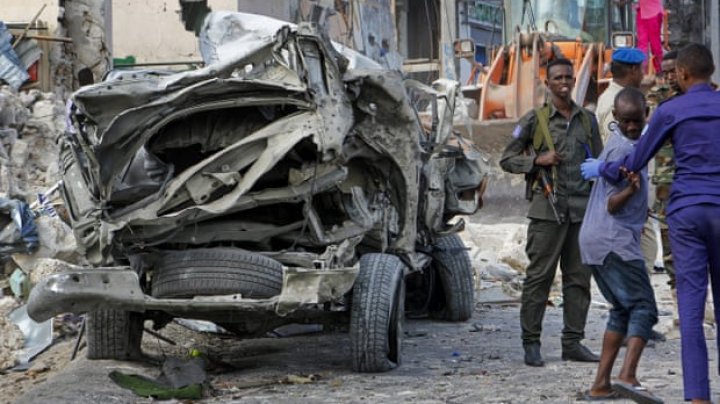 A roadside bomb hit a police vehicle patrolling near Kenya’s border with Somalia on Saturday, killing several of the 11 officers inside, a Kenyan police spokesman has said, reports The Guardian.

Both attacks were claimed by Somali Islamist insurgents who also kidnapped three Kenyan police reservists on Friday from the same area in Wajir district in north-east Kenya.

Kenyan military forces have occupied part of southern Somalia along the border since 2011. The Kenyans, along with allied Somali militia, wrested control of the territory from al-Shabaab jihadists after a spate of kidnappings on Kenyan soil.

Al-Shabaab is fighting the weak, UN-backed Somali government and its international allies in a quest to impose strict Islamic law.

In Mogadishu, al-Shabaab detonated two bombs. Police said the first blast, at a busy junction known as K4, was a car bomb intercepted by security services that caused no casualties.

The other blast killed eight people and injured 16, said Abdikadir Abdirahman, the director of Aamin ambulance service. Abdiasis Abu Musab, al-Shabaab’s spokesman for military operations, said the group was responsible for the blast in Kenya and the two in Mogadishu.