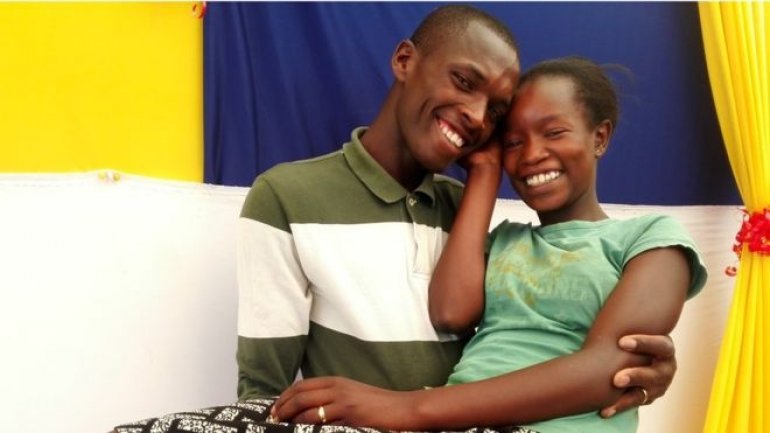 A Kenyan couple unable to afford the expense of a wedding have earned plaudits on social media for pursuing "a budget option $1 ceremony" which they attended wearing casual clothes.

Wilson and Ann Mutura postponed their wedding twice in 2016 because they were unable to raise the $300 fee.

They decided to get married this year with the minimum of expense.

The groom only spent $1 on two budget wedding rings, which he produced amid cheering during the exchange of vows.

Other expenses surrounding the pair's nuptials - including the licence fee - were instead borne by their church, informs BBC.

Online commentators have praised their move, pointing out that weddings are becoming increasingly expensive.

The couple say they are surprised by the positive reaction on social media to their frugal wedding and have urged other young Kenyans to follow their example.

So warm has been the reaction that the couple have received gifts from companies and individuals who were touched by their courage.

They are expected to go on their honeymoon soon, after a travel agency gave them a five-day break.