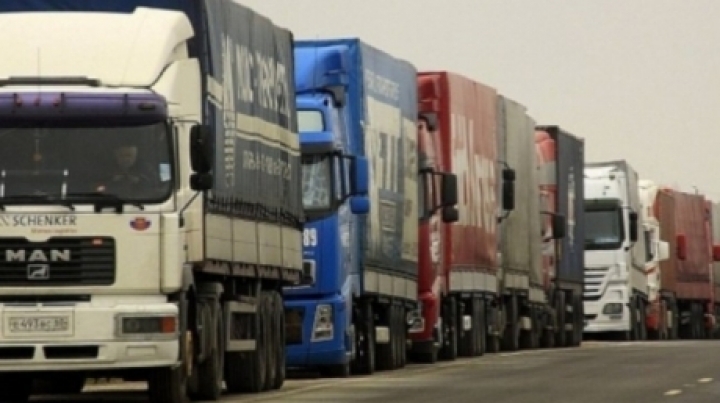 Moldovan companies exporting goods to Kazakhstan register losses after the Russian Federation has banned the transit of its territory.

Although it was established an alternative route, transport costs are too high, say producers. And authorities hope to solve the problem as soon as possible.

From July 1st 2016, the Moscow authorities have banned the transit of goods from Ukraine through Russia to Kazakhstan and Kyrgyzstan. The ban reflects, however, the Moldovan producers also.

"It is a prohibition very much undesired right now . It was a target country for making our products. A lot of our focus to Kazakhstan because now our products are known in this country" , said the director of a canneries, Simion Mudrea.

Economy Minister says, however, that a different route to export our goods to Kazakhstan was already established.

"We have identified other ways of transporting goods, avoiding Russian territory. Of course this is an impact on the cost of transportation. By our estimates costs increased by 10-per-cent. Of course it is a burden on our agents economic" , said Minister of Economy Octavian Calmac.

Most affected by transit restrictions are producers of canned food, wines, cognacs, and sugar.

"We were hit pretty hard. We have very good cooperation in the field of juices, canned food and alcoholic beverages, wine and brandy, the days virtually're stuck for export" , said Agriculture Minister Eduard Grama.

The subject was discussed by Minister of Economy Octavian Calmac and Russian Deputy Prime Minister Dmitii Rogozin. Our authorities hope that the problem will be resolved by the end of this month, when there will be a new round of negotiations.