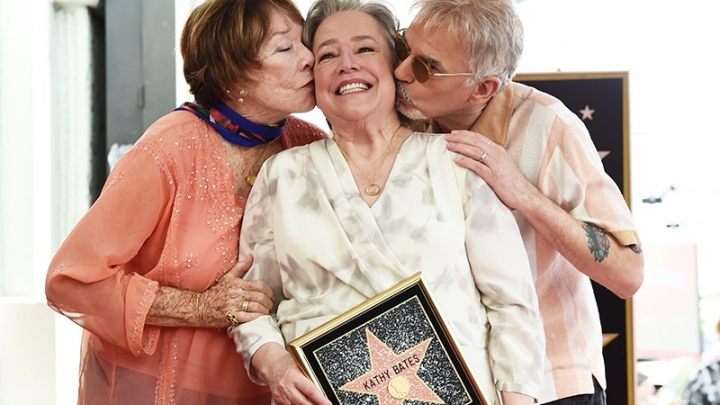 Kathy Bates is no stranger to fame, but on Tuesday, her legacy as one of Hollywood's finest actresses was set in stone - literally!

The Oscar winner received a star on the Hollywood Walk of Fame with her friends and family in attendance, including Shirley MacLaine and Billy Bob Thornton, reports People.

Before finding movie fame, Bates was an acclaimed theater actress. It was her portrayal of the Stephen King character Annie Wilkes in the film Misery that earned her rave reviews and an Oscar in 1991.

In an interview with Variety about the trajectory of her career, Bates said she feels very lucky.