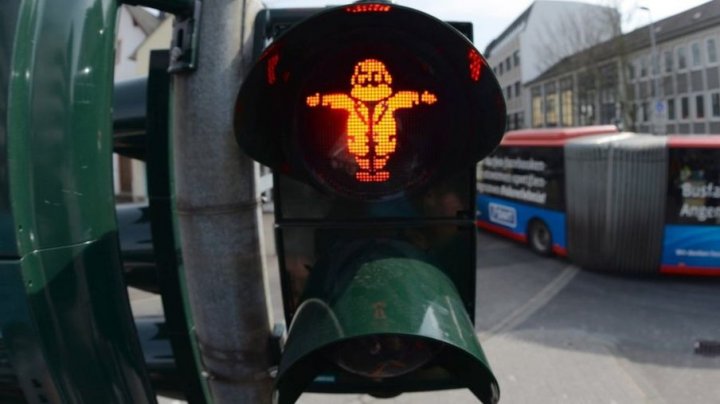 foto: One set of traffic lights has already been installed, with another planned in the coming weeks/
AFLĂ imediat Știrile Publika.MD. Intră pe Telegram

The home town of influential communist thinker Karl Marx is celebrating the 200th anniversary of his birth... with new pedestrian lights.

The philosopher and author of The Communist Manifesto was born in Trier in western Germany on 5 May 1818, and spent his first 17 years in the city.

The new set of traffic lights were unveiled on Monday and see Marx lit up in green and red.

A second set of lights will be installed close to Karl Marx's childhood home and museum in the coming weeks, according to the Trier.de website (in German).

The anniversary of Marx's birth has caused some controversy in Trier after the city council voted to accept a bronze statue of the philosopher from the Chinese government last year.

The sculpture is due to be erected in May, but critics say that honouring Marx ignores the suffering that took place under communist ideology in the 20th Century.