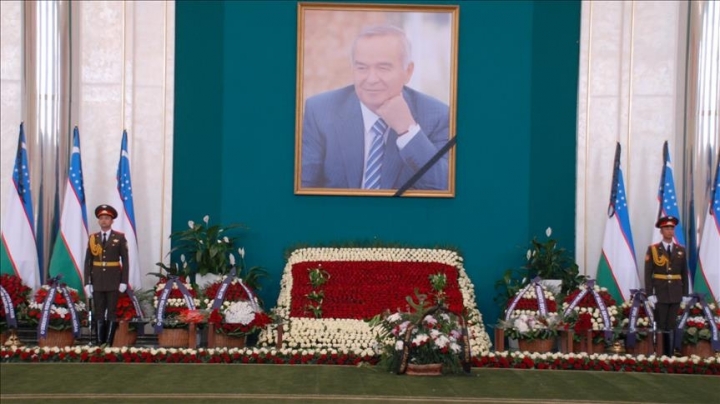 As Uzbekistan’s President Islam Karimov was being buried in his hometown Samarqand Saturday, the transition of power is expected to take place quite smoothly as all the necessary measures have been taken over time, provided there are no external attempts to destabilize the situation, said Arseniy Sivitsky, the director of Belarus’ Strategic and Foreign Policy Studies Center, reports Anadolu Agency.

He added that as problems with Karimov's health arose, he "closely assessed the situation and was preparing for a transition, taking the necessary preparations to ensure [the] process [of] the transfer of power goes ahead peacefully, without conflict or crisis, without any bloodshed, so that a vacuum does not lead to a civil war".

Sivitsky pointed out that as constitutionally mandated, for three months Nigmatilla Yuldashev, the chairman of Uzbeksitan’s senate, will be acting president, more as a technocrat, "to organize the presidential elections so [as to] ensure that they are fair from the point of view of the internal political situation as well as to the international community, and thus perceived as legitimate".

Uzbek analyst Erlan Karin stressed the closed nature of the political system under which decision-making takes place behind the scenes among the top hierarchies of the provincial clans’ elite, Kazakhstan’s Tengri news agency reported Saturday.

The most likely candidate for the top post is Shavkat Mirziyaev, whom Karimov appointed prime minister in 2003, 13 years ago.

The two other top functionaries Karimov kept close to him are: Finance Minister Rustam Azimov, who served Karimov for 18 years, but most importantly Rustam Inoyatov, who has served as the country’s security chief for 21 years. According to Karin, “The National Security Service serves as the centerpiece in the Uzbek power structure, and through it are carried out the crucial contacts with those external centers of power considered most important.”

There is no doubt that Uzbekistan’s next leader will carry a heavy legacy as he has to demonstrate how deftly he can deal with domestic power dynamics.