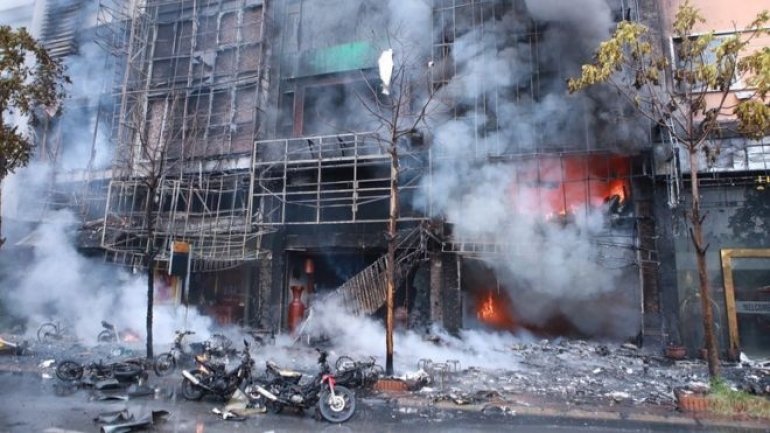 A fire at a karaoke lounge in Vietnam has left 13 people dead, according to state media, reports BBC.

The blaze broke out at an eight-storey karaoke bar in the Cau Giay district of Hanoi on Tuesday afternoon.

It took firefighters five hours to put it out. Two police officers were injured during the operation.

A guard told reporters that the fire was started by a sign board, and that staff tried to contain the flames but failed.

Vietnam's Prime Minister Nguyen Xuan Phuc has ordered police to investigate the cause of the fire and punish anyone who broke the law.

He also told local authorities to carry out fire safety inspections at karaoke lounges and restaurants.