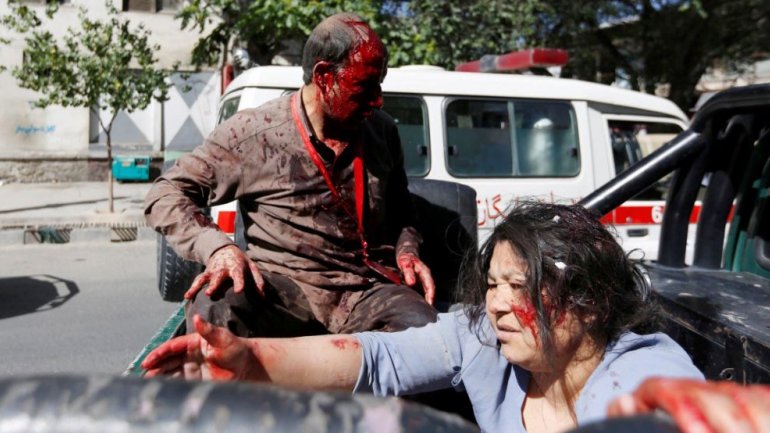 A huge explosion has hit the Afghan capital, Kabul, close to foreign embassies and the presidential palace, BBC reports.

The latest figures from the Afghan health ministry say at least nine people have been killed and 84 injured.

Early reports say the blast was caused by a vehicle bomb in central Zanbaq Square, with windows and doors blown out hundreds of metres away.

Images on social media show a large cloud of black smoke over the city and a series of destroyed vehicles.

The BBC Persian's Harun Nazafijada in Kabul describes a chaotic scene with people being transferred to hospital.

The central blast area has been cordoned off by police.