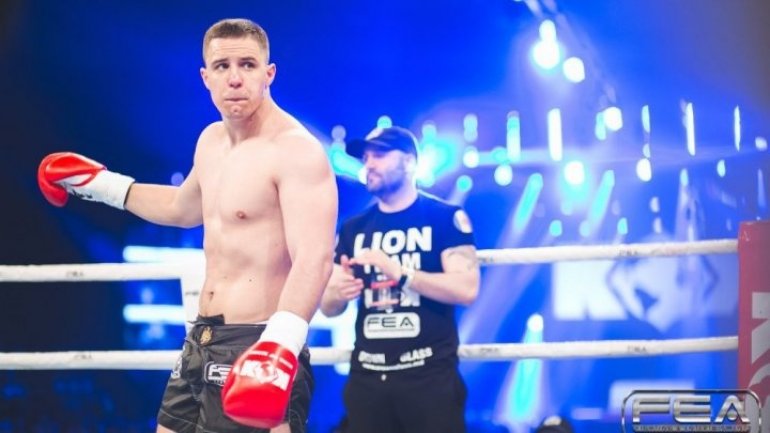 K-1 Moldovan wrestler Alexandru Burduja is determined to beat his opponent, the Polish Mateusz Duczmal, at the KOK Gala in Chisinau.

The two will face a superfight of up to 95-kg categorize. Our athlete changed the club after his defeat in April, in the match against the Czech Vasil Ducar.

Currently, Burduja is trained at "Thai Stars" under the command of Anatol Ignat.

"We are working on the mistakes we have made, and I will try not to commit them anymore. I feel really good and I think only of victory," said K-1 fighter Alexandru Burduja.

"We have worked on speed and resilience, these are the sport secrets on which we emphasize," says coach Anatol Ignat.

A "pyramid" in the 95 kilogram category is scheduled for the evening. The winner of this mini-tournament will fight with Alexandru Burduja at the end of the year.

"The winner of this pyramid will meet in autumn with Alexandru Burduja for the 95-kg categorize,"said FEA Association President Dorin Damir.

The KOK Gala will take place in the Polivalent Hall, Chişinău.