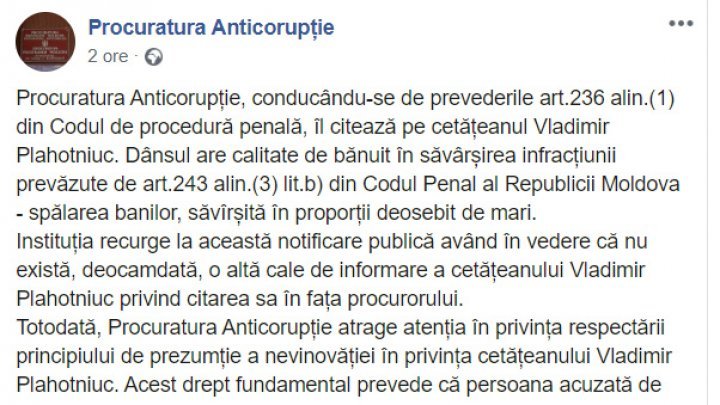 Anti-corruption Prosecutor's Office (PA) has announced that former president of Democratic Party Vlad Plahotniuc was summoned to appear at the court hearing at 10:00 on Wednesday. PA decided to announce on Facebook without issuing an official communique on PA website.

According to PA, Vlad Plahotniuc is being investigated for money laundering in very large amounts. Moreover, the institution uses this public notification given that there is no other way to inform Plahotniuc about summoning to the prosecutor.

"Mr. Plahotniuc's lawyer will attend the hearings at the invitation of the Anti-corruption Prosecutor's Office tomorrow and we will represent him."