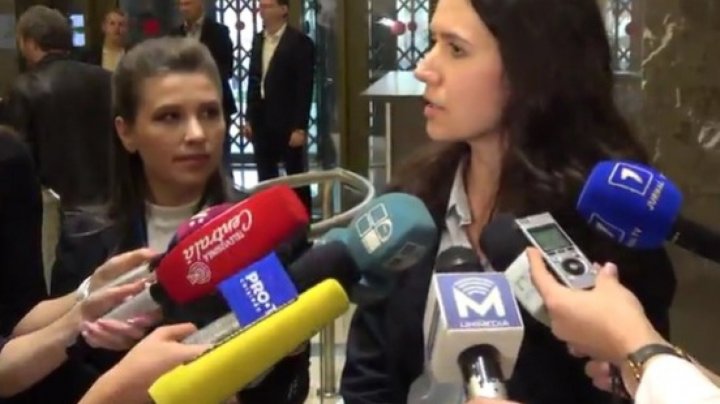 According to the Justice Minister Olesea Stamate, there is no difference between the actual bill on prosecutor appointment and the law on this regard voted in September.

"Why do the Socialist colleagues consider this draft law non-constitutional after they voted the September's law which is similar with this bill? The mechanism does not totally change. The prime minister will replace the Justice Ministry with proposing candidates to Prosecutors Superior Council (SCP).

This change is not radically different. If they had voted a non-constitutional law in September, then they would assume responsibility", Olsera Stamate declared after the parliament plenary.

When asked if this change would establish a dangerous precedent for future, Olesea Stamate replied: The risks exist in any circumstances. If there comes a government that wants to oligarchize and criminalize this country, regardless of how the general prosecutor is appointed, it can be defrauded.

The Minister of Justice does not consider that the submission by the Prime Minister of a short list to the SCP is an interference with the justice system.

"Personally, I came up with the proposal that this bill should pass through the Parliament either as the government's responsibility or as a vote of the parliamentary majority. The matter of Justice is not being negotiated," Nastase said.