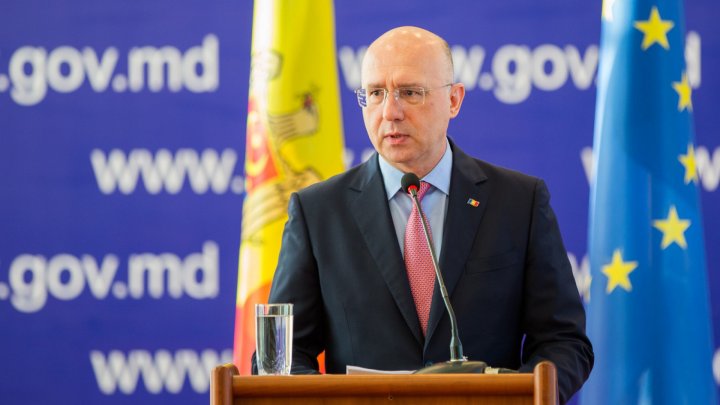 After two years of activity, Filip's Government is not stopping and draws new aims for 2018. While presenting a report of all their activity, Prime Minister has declared that Justice and Education reforms will be finalized.

According to Pavel Filip, the Government will strengthen the independence of the justice system and evaluate the integrity of magistrates.

"By consolidating methods to make judges more responsible, we can not only clean the system of corruption, but will also forbid such people from ever entering the system again. Increasing the efficiency and transparency, by reforming the system of preventive measure of judicial control. In 2018, we will reform the advocacy and Constitutional Court" Prime Minister Pavel Filip declared.

Prime Minister declared that special attention will be given to energy infrastructure and security.

"A prosperous country has, first of all, lasting roads. Without them, the economy can never grow. Without them, standard of living will never improve. Therefore, we will invest much in this area, but not only the national roads, but also the local ones" Pavel Filip said.

Head of executive has remarked that banking system reforms have brought back investments in Moldova. Pavel Filip also reminded of the 4% economic growth and the average salary increase.

"More people keep their money in banks. For the first time in the last ten years, the banking market received a foreign strategic investor, Banca Transilvania, which purchased the shares of one of our banks. It is a good sign of trust in our country" Prime Minister of the Republic of Moldova, Pavel Filip said.

The officials has also responded to the opposition's critics from 2016, who claimed that the Executive will never be able to stabilize the economy and bring back foreign financing:

Pavel Filip also commented on data shown in the latest survey "Vox Populi", which ranked the Prime Minister in top 3 most trusted politicians from Moldova.

"At the beginning of 2016, there was less trust in me, as well as the Government I lead. If during this period of time, the number of people trusting us gradually increased, I am extremely pleased. I wish to say that I am not obsessed with surveys and ratings" Prime Minister Pavel Filip said.