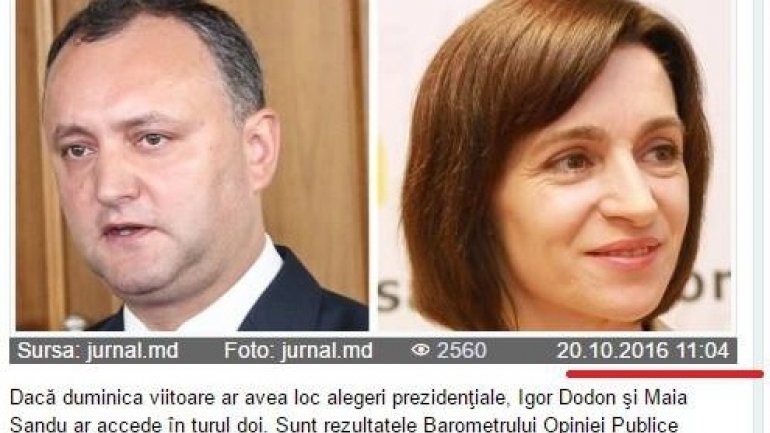 The website of the TV channel Jurnal TV that promotes openly the Dignity and Truth Party, behind which are gangsters Victor and Viorel Topa, knew in advance the results of the Barometer of Opinion, released today.

It is demonstrated by the time the news about the intention to vote of citizens in the presidential election was published.

The news appeared on the site at 11:04, while the executive director of the Institute for Public Policy, Arcadie Barbarosie, just started the press conference. Netizens have expressed dissatisfaction that the survey figures appeared on Jurnal website, long before being presented.

Some allude to the fact that the survey presents Maia Sandu as one of the winners of the presidential race and thus it explains the leak of information on the webpage of media institution.