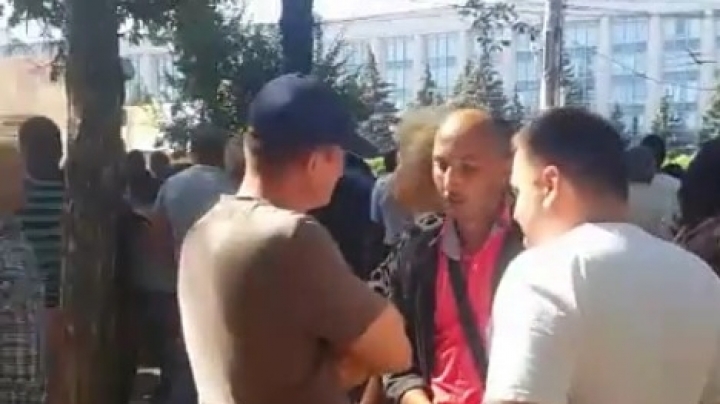 According to journalists from moldova24, those from Jurnal TV are manipulating and staging specific situations in order to create the feeling of chaos and havoc in National Assembly Square.

The techniques used by the pro-Russian forces protesting in the center of Chisinau and try to assault policemen in order to stop the organization of the military parade for Independence Day of Moldova, were discovered by the Vlogger Mihail Bagas.

“20 protesters are running around the Assembly Square creating the feeling of a crowd” said Bagas in a post on facebook, where he also placed a video as proof.

He also explains how Jurnal TV is manipulating and staging impromptu situations, after which to show them of TV “5 people are yelling in the Jurnal TV video camera, imitating a protest. Hahaha…not staged at all” wrote Bagas.

PUBLIKA.MD reminds that today the supporters of the pro-Russian Renato Usatai and of Andrei Nastase have manifested violently at the entry to the National Assembly Square, trying to get off the policemen in the zone where the military parade had to take place.

The protesters have booed the National Army and the soldiers participating at the parade, and this, according to media, is an action of Moscow implemented by Usatai and Nastase.