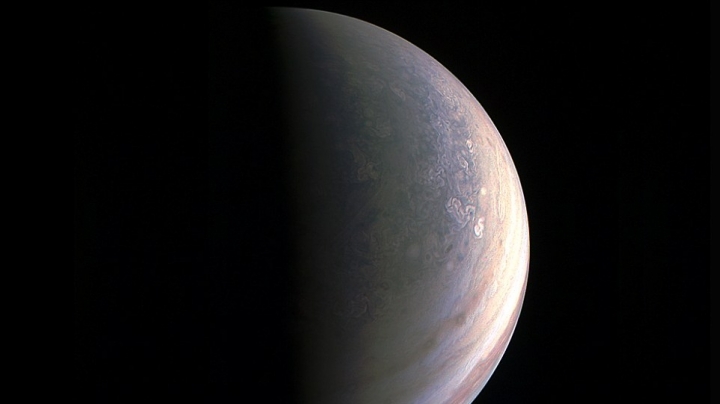 Nasa's Juno spacecraft has sent back the first-ever images of Jupiter's poles, taken during the spacecraft's first flyby of the planet with its instruments switched on.

The incredible images show storm systems and weather activity 'unlike anything previously seen'.
They reveal stormy conditions, high clouds and a strange blue hue on the planet.

Juno successfully executed the first of 36 orbital flybys on Aug. 27 when the spacecraft came about 2,500 miles (4,200 kilometers) above Jupiter's swirling clouds.

The download of six megabytes of data collected during the six-hour transit, from above Jupiter's north pole to below its south pole, took one-and-a-half days.

Unlike rocky Earth and Mars, Jupiter is a gas giant that likely formed first, shortly after the sun.

Studying the largest planet in the solar system may hold clues to understanding how Earth and the rest of the planets formed, astronomers hope.

While analysis of this first data collection is ongoing, some unique discoveries have already made themselves visible.