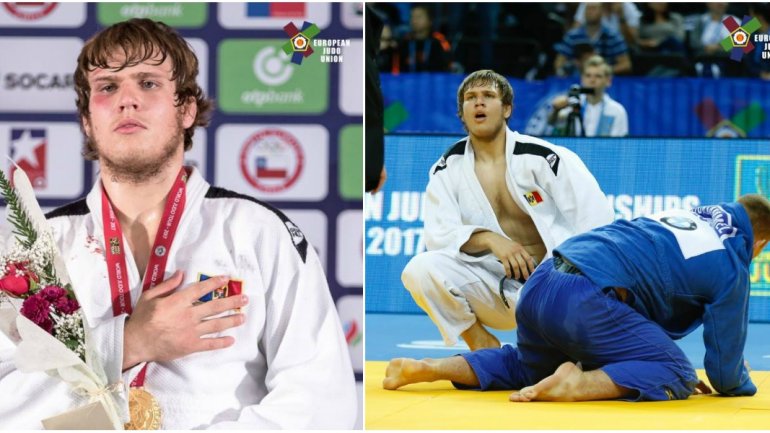 The World Judo champion, Eugen Matveiciuc, had a meeting with the Japanese ambassador to Moldova, Masanobu Yoshi.

At the meeting, the official said he was delighted with the performance of our athlete at the Santiago competition and rewarded him a diploma.

"I am very pleased to receive such a honorable gift, I hope not to disappoint everyone and I will strive to get good results," said Judoka Eugen Matveiciuc.

"Recently, the Japanese coaches have conducted training in Moldova and immediately Eugen won this gold medal. So good results have come which is to strengthen friendly relations between Japan and Moldova," said Japan's ambassador to Moldova, Masanobu Yasnii.

"We were invited by the Japanese embassy to draw conclusions from the collaboration of the Moldovan Judo Federation and the Japanese Federation, which helps and support us with kimonos and judo cards for children," Victor Florescu, vice-president of Judo FM, said.

The National Federation has received manuals for the training of judo coaches from Japan.

The leadership of the national forum announced to organize a training camp for Moldovan judokans in Japan in November.

"By 2020, until the Olympic Games, we have at least one departure - two times per year in Japan, where to gain Judo strategies," said FM Secretary of Judo, Valeriu Duminica.

Earlier this week, the world champion, Eugen Matveiciuc, met with the leader of the Democratic Party of Moldova, Vlad Plahotniuc.

The two discussed the athlete's performance and how his success could contribute to improving the image of Moldova and the Moldovan sport in the world.