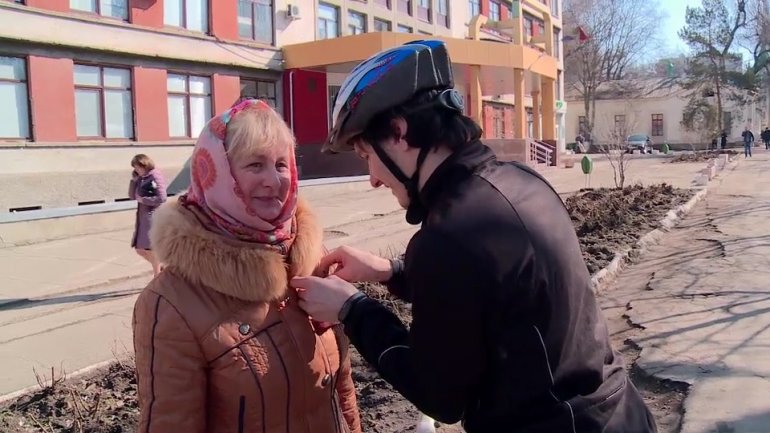 Two hundred ladies in the capital have received today, March 4th, chocolate trinkets. Dozens of cyclists took to the roads in the capital to bring the spring into women's souls. In this way, they wanted to bring joy on the eve of March 8th.

The cyclists have made a route of 24 kilometers in the shape of eight, which symbolizes March 8th, and gave trinkets to all women encountered in the way.

Cyclists say that the marathon is a good opportunity to promote physical activity, but also to bring smiles on the faces of women.

Mariana Sava, who made the chocolate trinkets, has also decided to celebrate her birthday while walking. The gesture was appreciated as young women.

The marathon organizer says that it has already become a tradition. The marathon "Trinket on the bike" was attended by 25 cyclists.
AFLĂ imediat Știrile Publika.MD. Intră pe Telegram