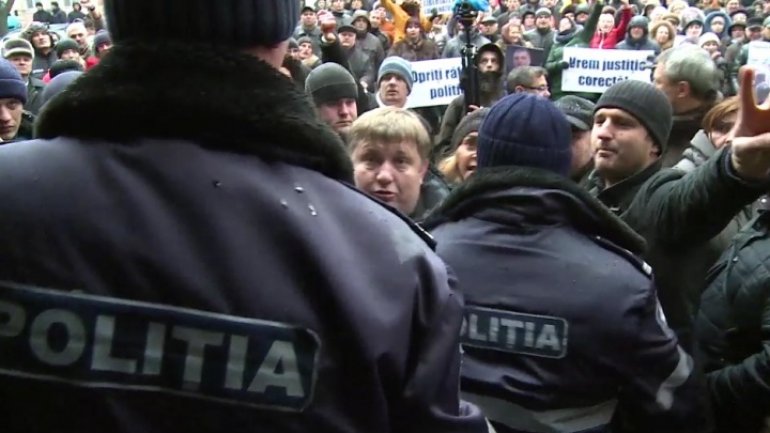 Journalists condemn the attacks of Renato Usatîi supporters on Publika TV team, committed yesterday, December 2nd, when protesters supported the mayor of Balti town at the Râşcani sector of the capital. The journalist Petru Bogatu argues that the violent actions of protesters are influenced by the mobster world.

The member of the "Our Party", Nicolai Tipova tried to push a Publika TV reporter in the crowd and to dispossess his microphone and threw an object into the journalist.

The journalist Petru Bogatu says that the protesters were aggressive on purpose.

" It's very dangerous because behind there is a mobster world, of which Renato Usatii takes part. He deliberately was trying to create a scandal, to use forces to assault journalists" , said Petru Bogatu.

The president of the Independent Press Association, Petru Macovei, believes that the supporters of Renato Usatii that were violent must be held accountable.

"Any case of abuse against journalists is disgraceful and should be discouraged by all means. The penal code provision punishes for prevent of media activity. It is normal that the organizers of protests to train participants against verbal of physical attacks on journalists ", said the president of the Independent Press Association,  Petru Macovei.