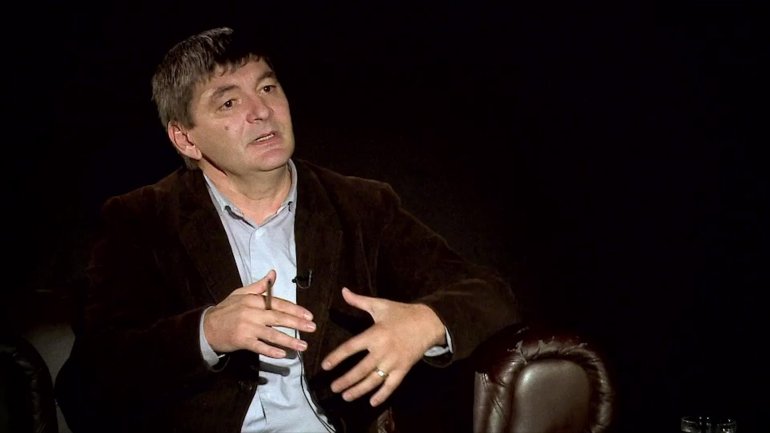 Republic of Moldova's citizens must realize that they cannot balance an eternity. They must wake up and realize that Soviet Union is not coming back, they cannot use excuses forever. Journalist Victor Nichituş urged at EuroDicţionar TV show starring Cristian Tabără.

"When the ethnic minority, the Russian minority, who used to have a certain position in the Soviet Union realized that Republic of Moldova became independent, sovereign, we lose certain privileges, which already happened. From their point of view, they try to defend themselves and how they do it: They refuse to learn Romanian, despite understanding it, they refuse to respond. You were once a minority, a citizen of Moldova, a minority in Soviet Union.

I have lived for 25 years in Republic of Moldova, I came here when I was 25-year-old, I have lived half of my life here, something changed- yes. There were changes for good- yes, but it could have been done faster, if only Moldova was not so obsessed with Soviet Union.

Let us hope that citizens of Moldova will overcome this and wake up,realize that they cannot forever cling to this idea, they cannot continue to use propaganda and history as they did in Soviet Union and continue to do. There is a time when you must stop" Victor Nichituş declared.
EuroDicţionar is broadcast on Sunday at 17:10 on PUBLIKA TV.