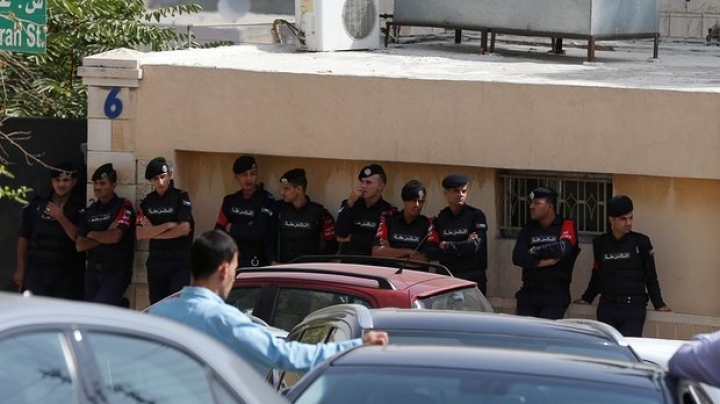 A prominent and controversial Jordanian writer – who was on trial for sharing a cartoon deemed offensive to Islam – has been shot dead outside the Amman court where he was due to appear, reports The Guardian.

Nahed Hattar, aged 56 and a Christian, posted a cartoon on Facebook earlier this year, which he said mocked jihadi attitudes, for which he was facing charges in Jordan of inciting sectarian strife and insulting Islam.

Arrested in August, he was released on bail in early September. He was shot three times in the head as he arrived at court on Sunday for a hearing.

According to the Jordanian state news agency, Petra, the gunman was arrested at the scene of the shooting in Amman’s Abdali district.

Two witnesses said the gunman, bearded and in his 50s, was wearing a traditional Arab dishdasha.

Saad Hattar, a cousin, said relatives and friends of the writer apprehended the suspected killer.

In a statement, the family called on the government to hold accountable all those who had incited against Hattar.

The cartoon Hattar shared in August – entitled The God of Daesh or Isis depicted an Isis militant sitting next to two women and asking God to bring him a drink.

Following a furore over the cartoon, Hattar had insisted he had not meant to insult Islam but had shared the cartoon to “expose” how Isis “envisions God and heaven”. He had accused his Islamist opponents of using the cartoon to settle scores with him.

A deeply controversial figure on the left of Jordanian politics, Hattar has faced charges before – including for insulting the country’s king. He has also been a prominent supporter of the Syrian president, Bashar al-Assad, and advocated depriving Jordanians of Palestinian origin of their legal and civil rights in Jordan.