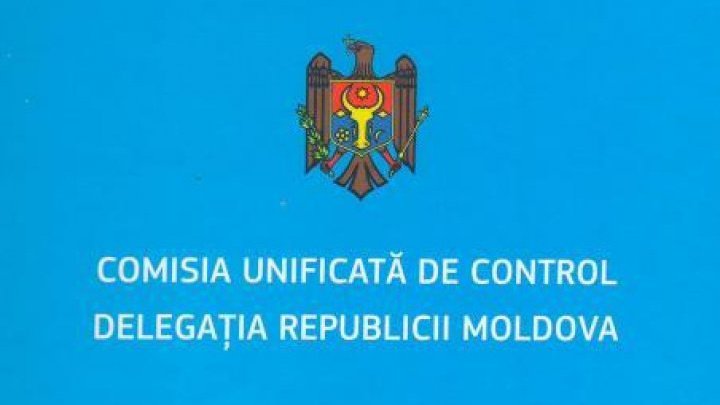 The Moldovan delegation continued its efforts to include in the agenda the issue of "border" posts illegally installed in the Security Zone by the Transnistrian side at the Joint Control Commission meeting on Thursday 14-3.

This topic was noted in the statement of our delegation and speeches of representatives of Republic of Moldova.

Their presence contradicts with the Moldovan-Russian Agreement of July 21, 1992 (the main document of the negotiation process and the peacekeeping operation). Moreover, they hinder the free movement of persons and goods as people are intimidated and subjected to unlawful verification procedures registration and taxation of unforeseen payments.

The Tiraspol exponents in the Commission also opposed to a decision and tried to promote the idea that these armed formations would have the role of preventing the resumption of the armed conflict.

Co-chair of the Commission worded the position of Russian Federation delegation and noted he perceived the posts as a reality and did not see a factor restraining the right to freedom of movement.

Furthermore, Commission blocked proposal of the Moldovan delegation to implement a Commission's decision which was taken in March 2008, whereby the Military Observers of the Joint Force of Poverty to visit all the military objectives in the Security Zone, in order to acknowledge the real situation and risks of possible escalation of the situation.

At the meeting, officials also debated the developments in the work of the working groups coordinated by the representatives of Ukraine and the OSCE Mission to the Republic of Moldova delegated to the Joint Control Commission.

Thus, within the peacekeeping group, the tasks for the Joint Military Command that will accumulate and will be presented by April 9, 2019, will be completed to enable the examination of the circumstances of the unilateral deployment by the Transnistrian side of the Zagornoe post.

Three cases were identified for the detection of the World War II ammunition in the Report on the Situation in the Security Zone for March 6-12, presented by the Joint Military Command.

Such ammunition was found in the land during agricultural works in the households of the Dubasari, Şerpeni and Chiţcani localities, were discharged from the site and are to be destroyed in the established manner under the control of the Joint Force of Poverty.