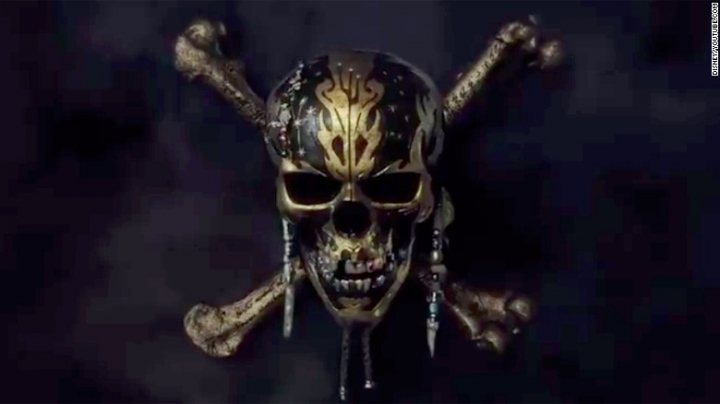 Johnny Depp is nowhere to be found in the new teaser trailer for "Pirates of the Caribbean: Dead Men Tell No Tales.", CNN informs.

Instead, the first look at the fifth installment of the "Pirates of the Caribbean" franchise puts the focus on Javier Bardem's ghost pirate character, Captain Salazar, and his vengeful search for Depp's Captain Sparrow.

The sole appearance of Sparrow comes when the ghostly nemesis sees a wanted poster featuring an illustrated photo of Depp's character. He goes on to tell a young boy to relay a threatening message to Sparrow.

The teaser is the movie's first major piece of marketing since Depp settled his divorce with ex-wife Amber Heard for $7 million, which Heard donated to charity.

In May, Heard was granted a temporary restraining order against the actor, whom she accused of abuse.
While Depp is absent from this spot, Disney has plenty of time to decide how to promote the actor's role going forward. "Pirates of the Caribbean: Dead Men Tell No Tales" won't be released until May 2017.

The movie marks the money-making franchise's return following a long break. The last film, "Pirates of the Caribbean: On Stranger Tides," which made over one billion dollars globally, was released in 2011.