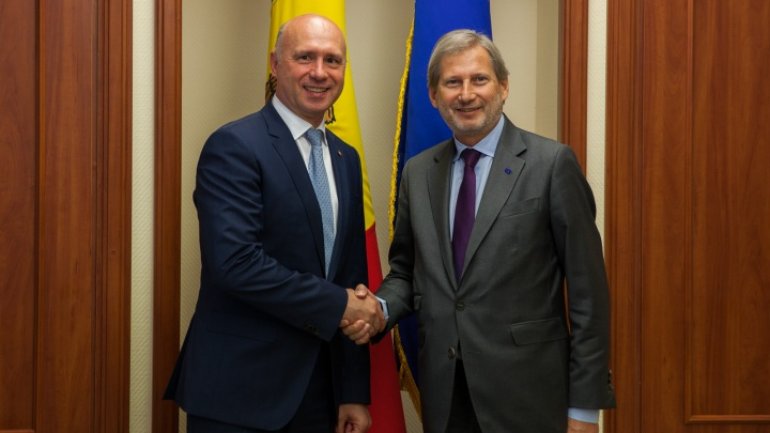 The EU will continue to support the European path of the Republic of Moldova. This was the statement released by EU Commissioner for European Neighborhood Policy & Enlargement Negotiations, Johannes Hahn at the meeting with Moldovan Prime Minister Pavel Filip.