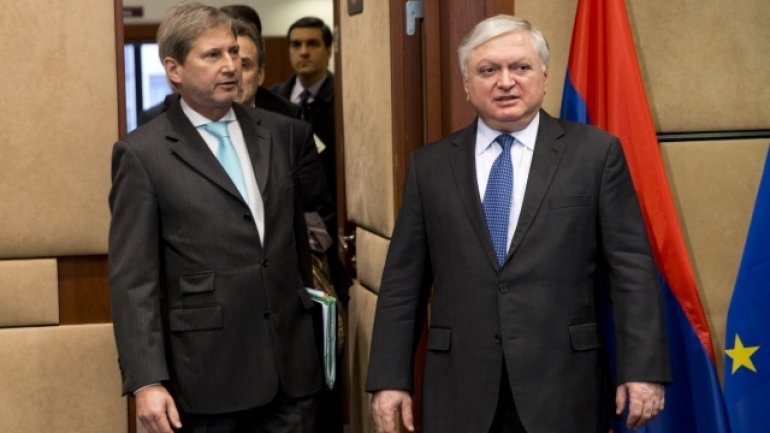 The eighth informal meeting of foreign ministers of the Eastern Partnership in Yerevan has been constructive, said the EU Commissioner for European Neighborhood Policy and Enlargement Johannes Hahn at a press conference on the results of the meeting, News.am reports.

"We discussed the current situation regarding the implementation of the Eastern Partnership program. Now is the time to act, so that the citizens can also see the results," said Johannes Hahn.

According to him, the parties decided to group directions discussed at the summit in Riga. One of them is providing an assistance to small and medium-sized businesses, as the economic development is a priority to improve the welfare of the population.

In this context, Johannes Hahn announced that the EU will provide assistant for over 10 thousand small and medium-sized businesses next year.

The EU representative pointed out that the spheres of public administration and justice need to be improved as well. According to him, investments will be available, if there is a confidence in the independence of the judiciary.

The EU Commissioner paid importance to the spheres of transportation and energy. According to him, the previous agreement was on extension of the trans-European networks with the involvement of the Eastern Partnership countries. "Now we have to build roads. Yet, we should do it on the paper. If everything goes well, it will facilitate the mobility of young people and make their access to the labor market possible, " he said.