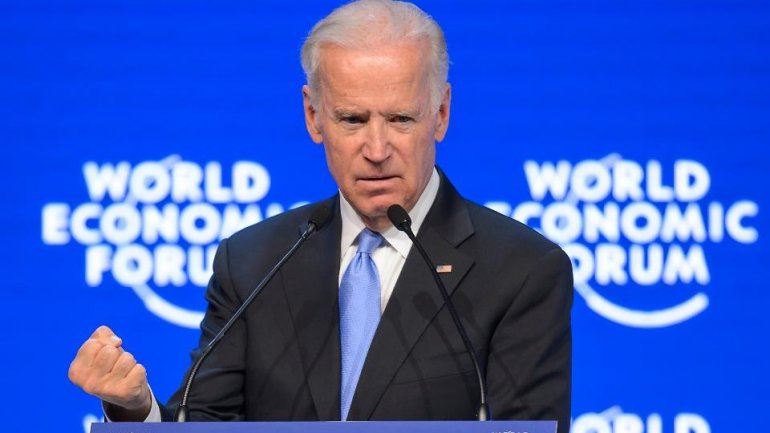 U.S. Vice President Joe Biden, in his last major speech before leaving office, described Russia on Wednesday as the biggest threat to the international liberal order and said Washington must work with Europe to stand up to Vladimir Putin.

Biden was speaking at the World Economic Forum in Davos two days before the inauguration of Donald Trump as U.S. president.

Trump has sent conciliatory signals to Putin and seemed to encourage the disintegration of the European Union by praising Britain's decision to leave the bloc and predicting that more countries could bolt.

Biden pushed back forcefully against Trump's message, warning hundreds of leaders, CEOs and bankers gathered in a vast conference hall in the Swiss Alps resort town that Putin was likely to try to influence a series of elections in Europe this year, as it is accused of doing in the recent U.S. vote.

"Under President Putin, Russia is working with every tool available to them to whittle away at the edges of the European project, test the fault lines of western nations and return to a politics defined by spheres of influence," Biden said.

"With many countries in Europe slated to hold elections this year, we should expect further attempts by Russia to meddle in the democratic process. It will occur again, I promise you. And again the purpose is clear: to collapse the liberal international order," Biden added.

He did not address Trump directly, but warned of a "dangerous willingness to revert to political small-mindedness" in politics and said that "dangerous autocrats and demagogues" had tried to capitalize on people's fears throughout history.

Biden called Article 5 of the NATO treaty, which states that an attack on one member of the transatlantic military alliance is considered an attack on all, a "sacred obligation".

Trump has called NATO "obsolete" and raised doubts about whether he would respect Article 5, stirring deep unease in Europe.