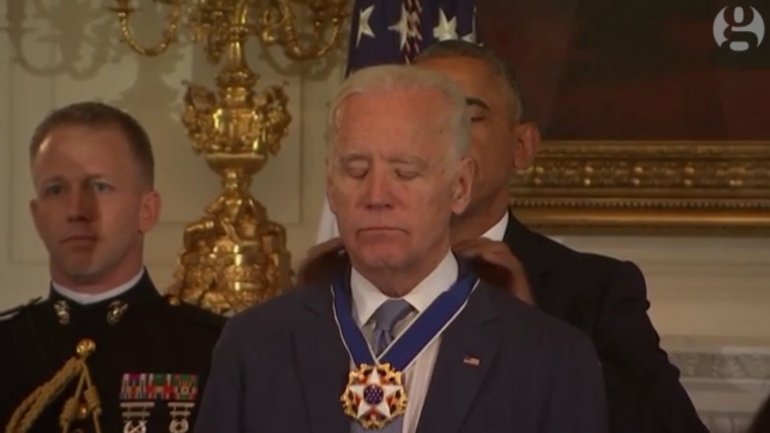 Barack Obama surprised the vice-president, Joe Biden, with the Presidential Medal of Freedom on Thursday, informs The Guardian.

A teary-eyed Biden accepted the medal, the highest civilian honor, at a ceremony at the White House.

Obama said he was bestowing the honor on Biden for “faith in your fellow Americans, for your love of country and a lifetime of service that will endure through the generations”.

Biden praised his wife and children for their support throughout his career, and praised the Obama family for their dedication to country and service.

“I was part of the journey of a remarkable man who did remarkable things,” Biden said.

Speaking ahead of Biden, Obama said the tribute would give the internet one last chance to joke about the “bromance” the two share. He called Biden the “best possible choice, not just for me, but for the American people”.

Obama commended the “Biden heart”, listing the influences in Biden’s life, from the nuns who taught him in grade school, to his Senate colleagues, to his parents.

Noting that Biden’s career was “nowhere close to finished”, Obama said his vice-president would go on to have an impact in the US and abroad.