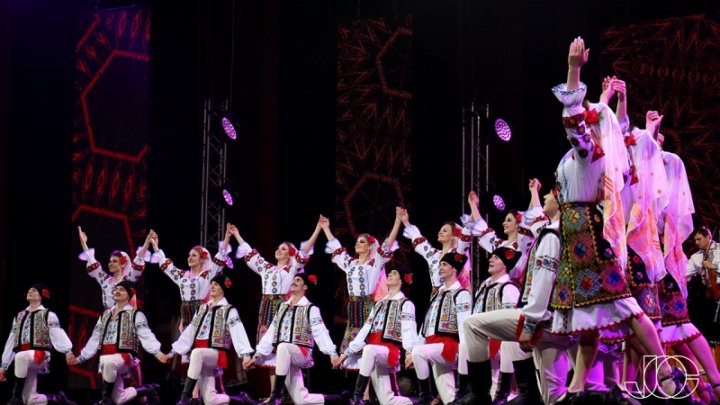 This year's edition of the Martisor Festival ended on national rhythms. Joc Dance Ensemble staged an exceptional show, reviving the traditions of another time.

The most awaited was Căluşul, considered one of the fastest dances in the world, which was included in the patrimony of UNESCO.

Suita, Bulgureasca, and Sărbătoreasca were among the artists joining the dance.

Artists also staged a traditional wedding, as it was during the time of the ancestors.

The spectators confessed that their hearts of joy and pride were thrown during the concert.

"I could hardly sit on the chair. I wanted to join in the dance".

"There is a newer generation of dancers, very young and talented".

The organizers of the Martisor festival say that artists of all ages participated in the show.

In the 53nd edition of the Martisor festival, 47 concerts were organized, gathering in Chisinau artists from 12 countries.