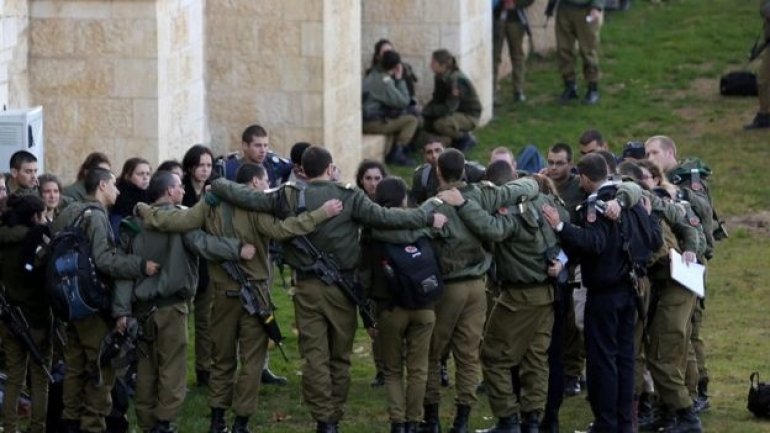 Israel's prime minister has said "all the signs" are that a man who killed four soldiers in Jerusalem supported so-called Islamic State (IS), informs BBC.

Although Benjamin Netanyahu did not give evidence for the claim, IS has previously threatened to attack Israel.

The Palestinian, who was shot dead, drove a lorry into a group of soldiers in the district of Armon Hanatziv.

An emergency meeting of the Israeli security cabinet approved detention without trial for IS sympathizers.

Three women and a man, all in their 20s, were killed in the attack and 17 others were wounded, police said.

The attacker, identified as 28-year-old Fadi Qunbar, came from the district of Jabel Mukaber in east Jerusalem, near to the attack site.

CCTV footage showed the truck ploughing at high speed into the soldiers, before reversing over the victims.

Other soldiers shot the driver dead. Nine people were arrested in a raid on his neighbourhood, including five members of his family.

Attackers in Nice and Berlin last year used the same method of driving a lorry through a crowd.

National police chief Roni Alseich said it was possible the driver had been motivated by last month's lorry attack in Berlin.

IS has previously threatened Israel in video statements and propaganda articles, but it is not known to have mounted any attacks inside the country.